About 6 weeks ago I wrote about the impact of the aging Boomer generation on workplaces. This blog expands on that topic. The baby boom, which began shortly after the end of the second world war lasted 18 years in Canada. It drove economic growth following the war and growth of the middle class.

Those kids grew up to be civil rights leaders and leaders of the feminist movement, opposers of the USA’s involvement in the Vietnam war and were the drivers behind the second wave of environmentalism and conservation. They were also the force that ultimately led to the legalization of marijuana in Canada.

And now, that generation of kids are the elders. What will the Boomers do now that the eldest of them are 75 and the youngest will be 65 by the end of this decade?

All of these things carry significant financial and social consequences, some good, some bad.

Our health care system is already stressed and that stress will increase. New ways of thinking about care and how it is provided are absolutely essential and while they are underway the pace of change is glacial. The disastrous impact of the pandemic on care facilities MIGHT change that.

Within this decade we will see a need for a multi-billion-dollar investment in care facilities – to replace the old facilities that do not meet the housing standards and to increase the space to accommodate the need for space. There are currently wait lists across Canada. There is also a shortage of care workers. The upside is the jobs generated in both the construction industry and the health care service provider industry.

There will be an ongoing shortage of workers in all industries, including health care service providers. (See my blog dated August 8, 2021, about workforce.) Canada’s immigration policy is a positive step in adding talent to the workforce. Technological change is also helpful. What is a real challenge though, is the gap between disappearing jobs and the upskilling of people in jobs replaced by technology. Declining numbers of taxpayers (that increasing dependency ratio and declining workforce participation rate) means less money to spend, which in turn leads to reduced government funding for a variety of things including education, training, and childcare.

Boomers moving out of their family homes increases access to “closer to the core” family housing for younger people. Those aging boomers (with their increased lifespans) still have to live somewhere. There is a movement toward densification on our cities. Calgary, which has been known for its urban sprawl, has recently passed some zoning by-laws to permit the building of multifamily homes in areas not previously zoned for it.

According to the OECD, in 2020 Canada places first among the G20 countries in the share of 25 – 64-year-olds having the highest level of post-secondary education. That bodes well for Canada as we progress through the digital transformation. 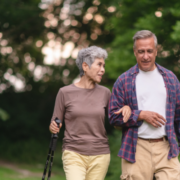 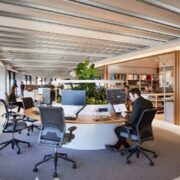 Life As An Executor, Power of Attorney & Personal Directive Agent

Connect with us on social media